​Click on the artist to learn more about them! [For those using mobile phones, click on the names of the artists for more info.]

Personal Touch was officially formed in 2016. The idea to create an old school-style R&B group as well as record their own CD developed a couple of years earlier while Rex, James and Kevin were members of the Massachusetts-based Jus Us Band. During their 12+ years with Jus Us Band, they opened for Howard Hewitt, Harold Melvin's Blue Notes, The Manhattan's and other legendary groups.  They were also the sole entertainers at the annual Basketball Hall Of Fame Enshrinement Ceremony for nearly 10 years.  These seasoned performers also closed out the Saturday festivities at the Greater Hartford Festival of Jazz for more than 8 years.

As Personal Touch, they have completed their premier CD entitled 'Better With Time'. The recording has a combination of cover songs with the Personal Touch flair, along with a spectacular original titled 'Take Me Back'.

Lastly, they have signed with Michael Yorkell and Hipshot Management and have been touring nationwide.

The excitement now builds for the future of Personal Touch. 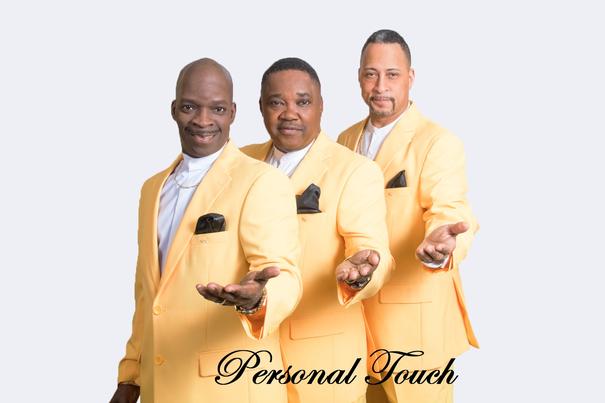